SRINAGAR: The shutdown of internet in the valley did not deter this schooler to come down to Bengaluru and show his model for a smoke-free Kashmir, reported The New Indian Express. 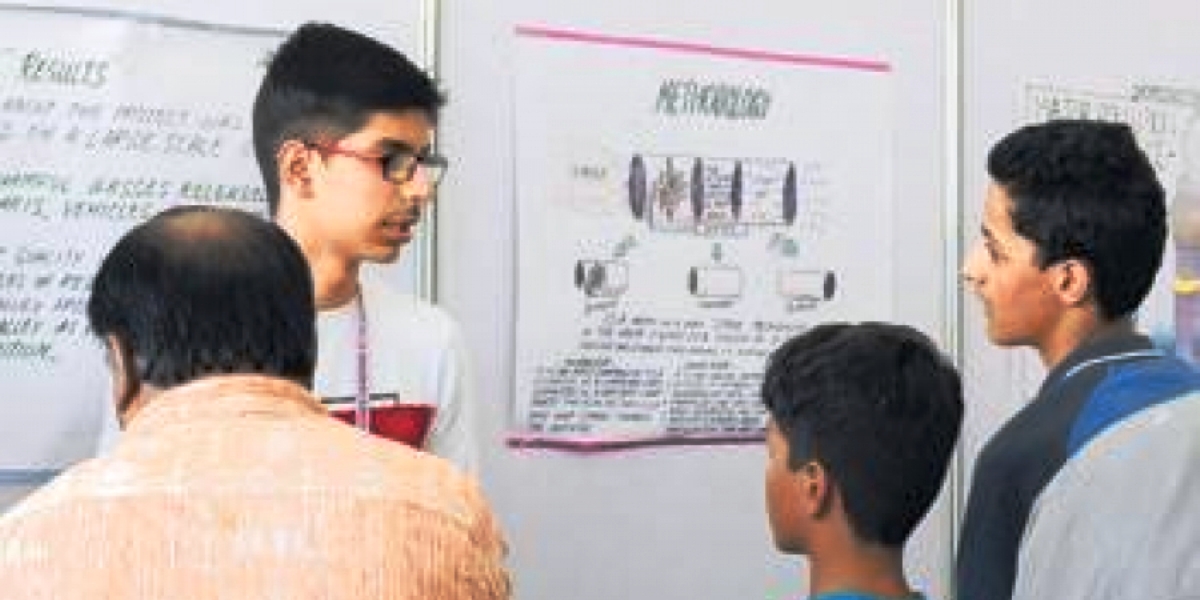 Numair Muzzaffar speaks to other children at his stall, at the Indian Science Congress (Photo | Meghana Sastry, EPS)

According to report, Numair Muzaffar, a class nine student from Burn Hall School in Srinagar, has created a Carbonic Smoke Adsorber, which can be a breakthrough in controlling air pollution and arrest the cases of respiratory diseases in India.

“Our project is based on the principle of ‘Clean Air for Everyone’,” The New Indian Express quoted Numair as having said, who was displaying his model at the Children’s Science Congress as part of the 107th Indian Science Congress in Bengaluru. The project, a simple mechanism, is meant to clean the air at minimal cost.

A carbon adsorber is a pollution control equipment which significantly reduces volatile organic compounds in low concentration streams. The pollutants flow through an activated carbon bed, trapping them on the surface, said the report.

The cylindrical structure has an exhaust fan where the polluted air from the chimneys enter. The air then passes through a passage infused with activated carbon, which purifies the air.

The model was initially meant for homes in Kashmir, where it is common to find hamams, or stone rooms which are kept warm by burning firewood below, The New Indian Express quoted Basharat Hussain, Numair’s mentor as having said.

But the idea can be extrapolated to use in a larger factory too, he said, as they too chug out large amounts of carbon content into the air.

With a growing number of hamams in the valley, Basharat said there were just layers of smoke being added to the existing cloud.

Numair, who was helped by his mother, who works in the medical field, said the model can be a breakthrough in controlling air pollution in India.

Numair, who recorded the plight of the student community since August 5, the day when special status to Jammu and Kashmir under Article 370 was abrogated, noted that there was a total ‘deadlock’ on Jammu and Kashmir. Of all, he saw it was students who suffered the most as all schools and colleges were shut.

It was the fourth time when the academic session was disturbed in Kashmir and there was a sudden call for exams to be held for all classes with no relaxation in syllabus.

With the internet shutdown, he remembered not even knowing about his pre-boards as he was away at his relative’s house.

Basharat believes the opportunity was good for the boy to come out and interact with other innovators and science enthusiasts, reported The New Indian Express.