SRINAGAR: A number of candlelight vigil protests were held in different places of Kashmir Valley on Monday evening on the commencement of Human Rights Week.

A Hurriyat spokesman said that people from Jamia Masjid Srinagar, Koker Bazar, Budshah Chowk and Khankah-I-Moalla and other places assembled and staged candlelight protest against the ongoing human rights abuses in Kashmir.

He said thatJKLF leaders and activists along with people from different walks of life gathered at Koker Bazaar, Budshah Chowk and Khankah-I-Moala and held three separate candlelight protest programs against ongoing onslaught in Kashmir. 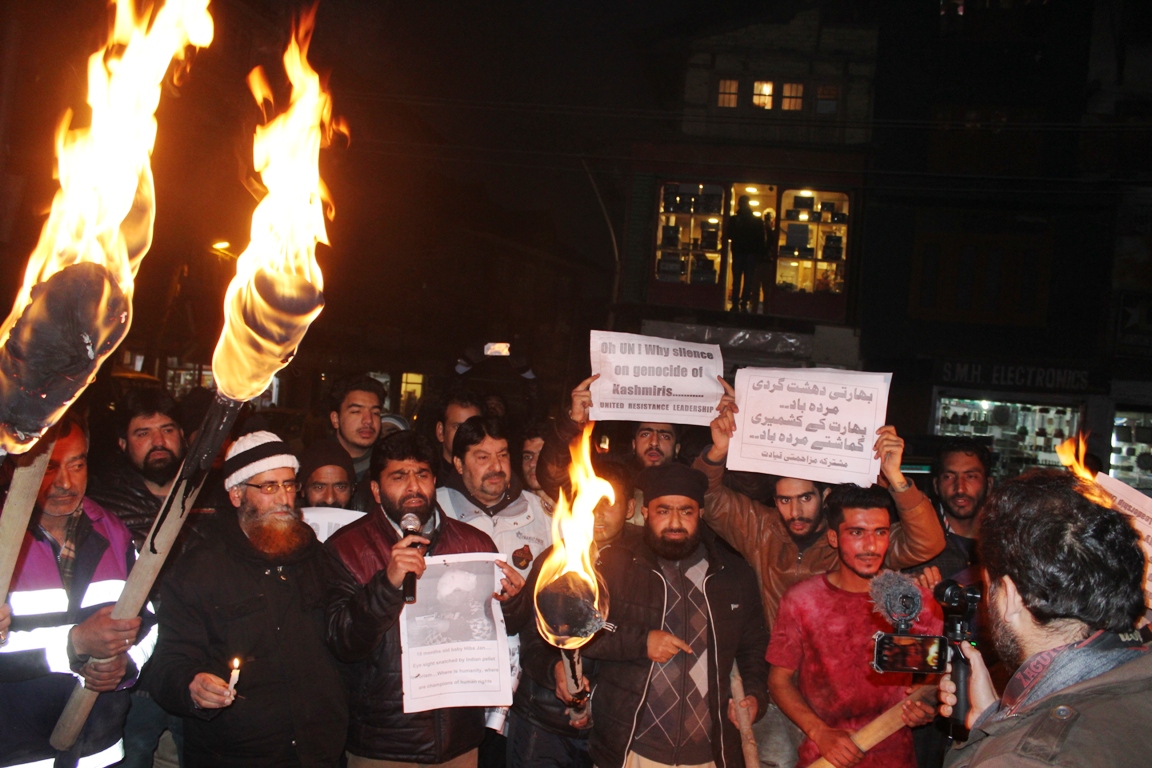 Similar kinds of protests were held at many other places including Islamabad Kashmir today where people protested against ongoing human rights abuses in Kashmir. Participants holding candles marched in protest and staged a sit-in which was addressed by various leaders.

A message from ailing JKLF chairman Muhammad Yasin Malik who is admitted at Soura medical institute under police custody was also delivered to the media and press on the occasion, the spokesman added